How to change the Docker ps output format? 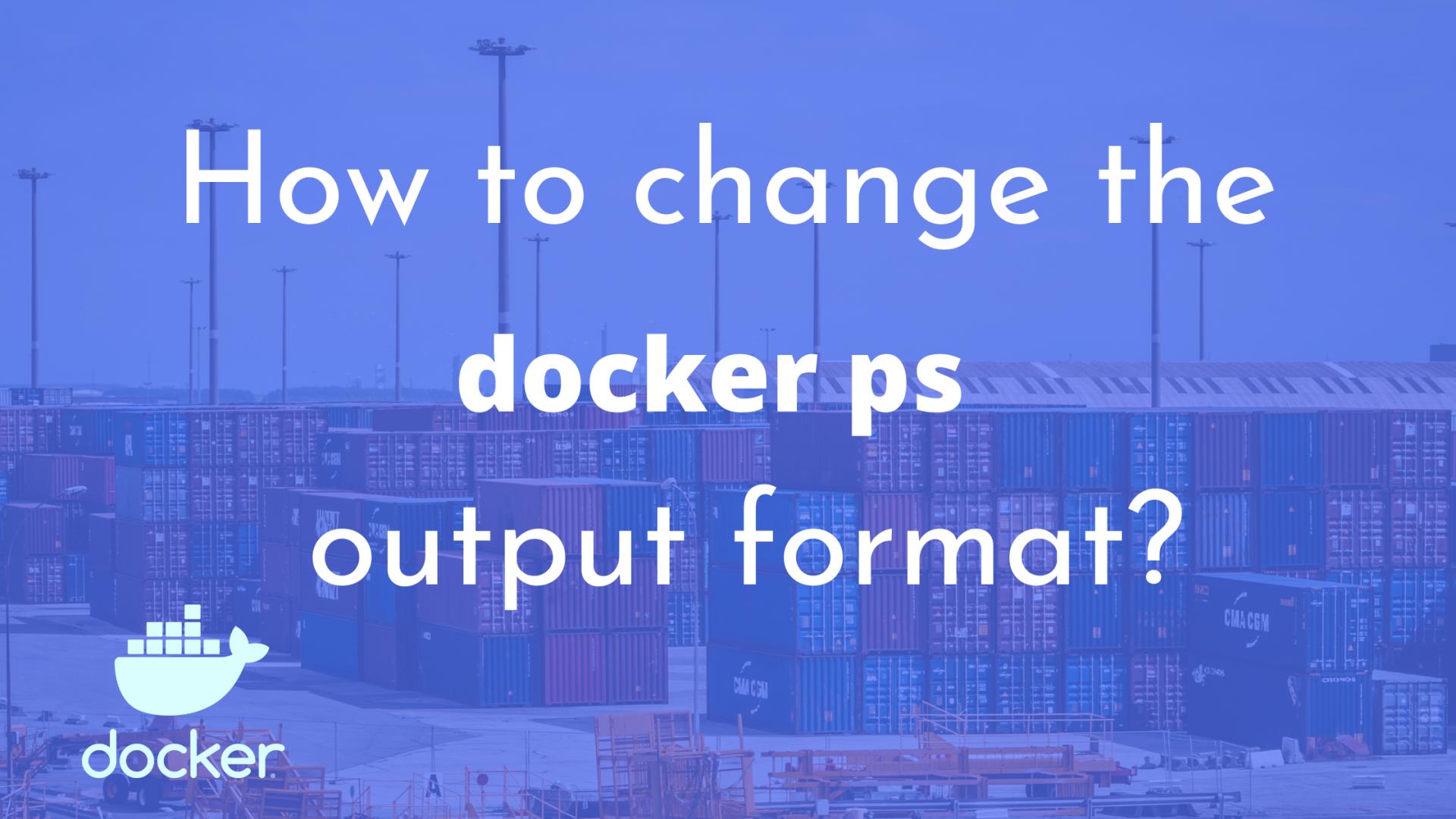 Docker is an open platform for developing, shipping, and running applications.

If you are new to Docker I would recommend going through this Introduction to Docker tutorial!

In this tutorial, you’ll learn how to customize the output of the docker ps command so that it only shows the fields that you really need.

In order to be able to follow along you would need a Linux machine with Docker installed.

I'll be using DigitalOcean for this demo, you can use my referral link to get a free $100 credit that you could use to deploy your virtual machines and test the guide yourself on a few DigitalOcean servers:

Once you have your account ready, you would also need the following:

What is docker ps used for?

The docker ps command is used to show you the running containers on your current Docker host. It gives you information like:

If you run docker ps you would get the following output:

In many cases the output might not fit on your screen so it would be spread into multiple lines so it might be hard to read, for example:

Rather than using shell commands like awk to format the output, Docker has a builtin functionality which lets you do that out of the box!

You can format the output of docker ps on the fly by using the --format argument followed by the name of the fields that you would like to see.

For example if you wanted to get only the container IDs, image names and the container names, you would need to use the following command:

Notice the \t part, this is the delimiter that is going to be used in the output, and it specifies that you want to use tabs.

The output that you would get would look like this:

The --format is very handy in most cases. However, the docker ps command might get quite long. So if you want to have a specific format every time, rather than typing the whole command each time, you could set the format permanently in your $HOME/.docker/config.json file.

Using the .docker/config.json file will allow you to customize the output of your docker ps command so that it matches your needs and only shows the information that you need.

Start by creating a .docker directory in your user's home folder:

After that create a config.json file in that directory:

Finally, with your favorite text editor open the file:

The table part, specifies which fields you want to see its output.

With the above config file, when running docker ps, we would only see the following:

That way if you run docker ps on a smaller screen, the output would display on one line and it would be easy to read: