How to write your first Bash script? 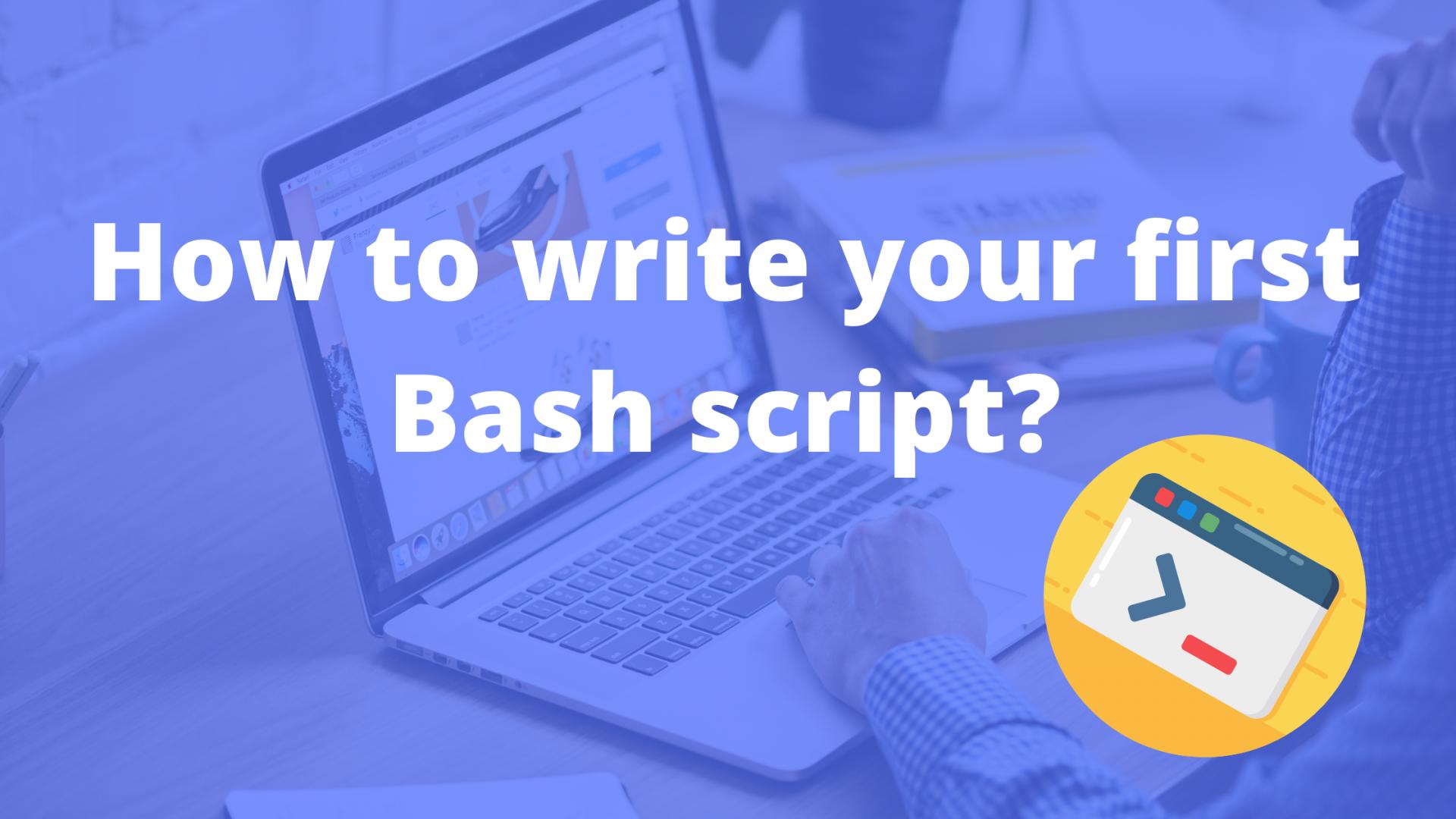 Bash scripting lets you automate a lot of your tasks on Linux and UNIX systems. Bash combines the power of the Linux commands and tools with a powerful and robust scripting language.

Bash is widely available on various operating systems. In many cases, Bash is also the default command interpreter on most Linux systems.

In this article, I will show you how to write your first Bash script!

Before you get started you would need a bash terminal and a text editor.

I will be using an Ubuntu Droplet deployed on DigitalOcean. If you wish to follow along you can sign up for DigitalOcean via my referral link below and you will get $100 free DigitalOcean credit:

As an example, we will write a script that would gather some useful information about our server like:

Feel free to adjust the script by adding or removing functionality so that it matches your needs.

The first thing that you need to do is to create a new file with a .sh extension. I will create a file called status.sh as the script that we will create would give us the status of our server.

Once you've created the file, open it with your favorite text editor.

On the very first line of our Bash script we need to specify the so-called Shebang:

All that the shebang does is to instruct the operating system to run the script with the /bin/bash executable.

Let's start by adding some comments so that people could easily figure out what the script is used for. To do that right after the shebang you can just add the following:

Then let's go ahead and add some variables which we might want to use throughout the script.

To assign a value to a variable in bash, you just have to use the = sign. For example, let's store the hostname of our server in a variable so that we could use it later:

By using $() we tell bash to actually interpret the command and then assign the value to our variable.

Now if we were to echo out the variable we would see the current hostname:

In order to create a function in bash you need to use the following structure:

Let's create a function that returns the current memory usage on our server:

Quick run down of the function:

Then once the function has been defined, in order to call it, just use the name of the function:

Before checking out the solution, I would challenge you to use the function from above and write a few functions by yourself.

The functions should do the following:

Feel free to use google if you are not sure what commands you need to use in order to get that information.

Once you are ready, feel free to scroll down and check how we've done it and compare the results!

Note that there are multiple correct ways of doing it!

Bash scripting is awesome! No matter if you are a DevOps/SysOps engineer, developer, or just a Linux enthusiast, you can use Bash scripts to combine different Linux commands and automate boring and repetitive daily tasks, so that you can focus on more productive and fun things!

To learn more about Bash you can take a look at the following Bash guide here:

I hope that you find this helpful! Bobby